Tanj and Usch are, well, the perfect kittens for us. Everyday with them is simply a happy day. Nothing has changed our lives more than adopting the boys. We had talked about the possibility of getting more kittens some time in the future, but oh boy, sometimes things happen sooner than you think...

We received an e-mail from the boys' Aunt Kelli with an opportunity to adopt one of Tanj & Usch's half-brothers. Let me backtrack for a second.... in June, Les was "bouncing" off of Kelli's Cheetahsden website several times everyday, waiting for the announcement of Skye's (T&U's Mom) litter. On June 6, 2007, Skye had four beautiful babies: three cute-as-can-be brown spotteds and one snow mink spotted boy named Mick. Les fell for Mick instantly (as I heard and tried to ignore on an almost daily basis), she even had a photo of him prominently displayed on her computer desktop.

Well, beautiful little puff-ball that he is, Mick seemed sure to be destined for the globe trotting life of a breeder boy, but then came
"the e-mail" from Kelli...

Our instant reaction was WOW! but then we tried to be as rational as possible and tried to address the most important questions: Would Tanj and Usch benefit from adopting their little half-brother, could we give little Mick a good home, could we give each of them the attention they need, and how the heck would we walk three Bengals outside? We spent many hours weighing the options and "discussing it" with the boys. Kelli filled us in on Mick's personality: confident, playful, sweet. Uh-oh! Finally we were succumbing to this amazing opportunity to expand our family, and with another Skye-baby too! It was time to make the trip to Seattle.

Kelli and Pat were fantastic as always, they will always be extended family to us. Yep, the minute we met Mick it was a done deal. He is darling and daring, a true adventurer to keep up with Tanj and Usch.

Minutes later "Mick" became "Vladimir," which in Russian means "regal" and "rules with peace." We have hundreds of photos to sort through, edit and post in blogs to come about little Vladi.

When we returned home, Tanj and Uschi's reaction, after our second longest time away from them (27 whole hours), covered in strange cat smells, was "Were you gone??" 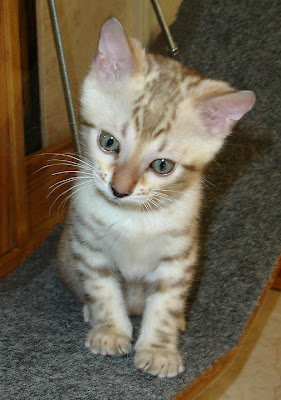 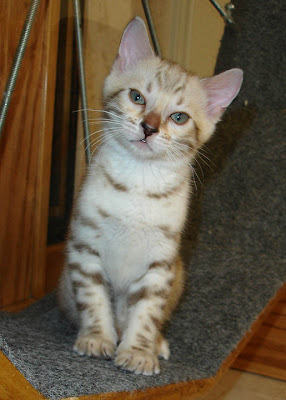 And he knows it! 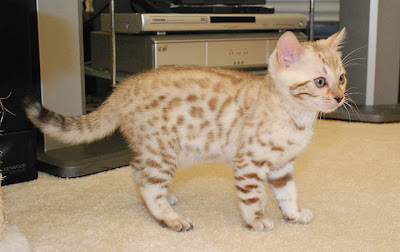 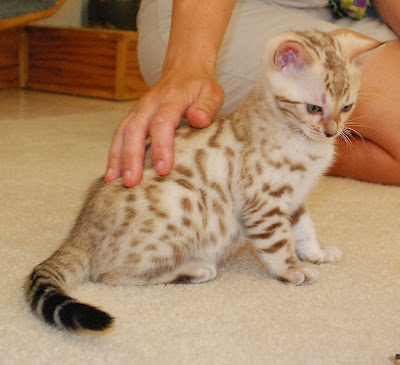 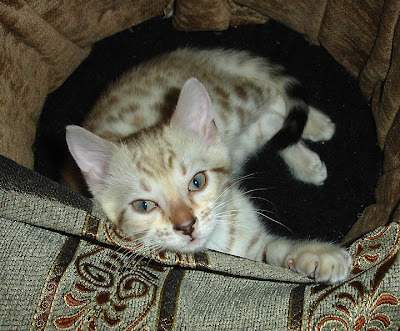 But this boy has game! 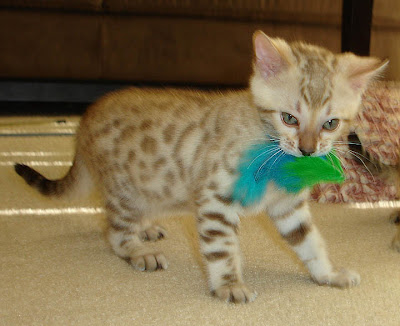 Look at that feather handling... 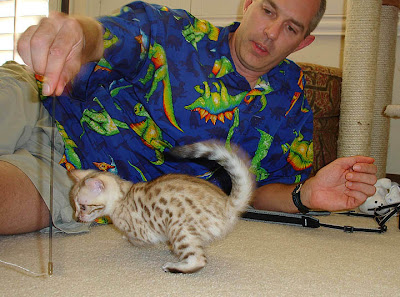 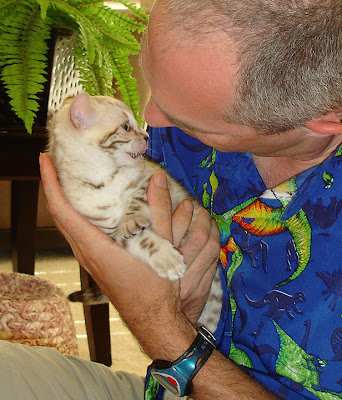 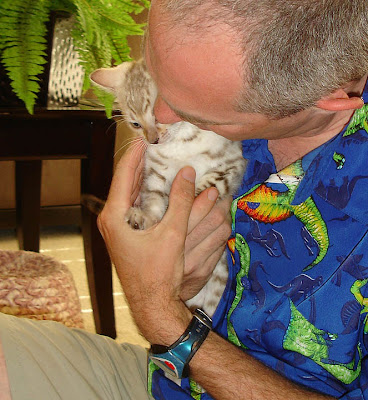 The first of many kisses. 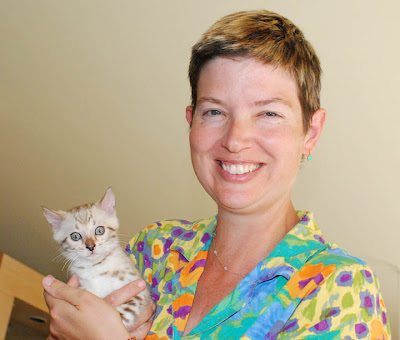 Happy Mom!
Vladimir looks worried that there may be more snuggling... 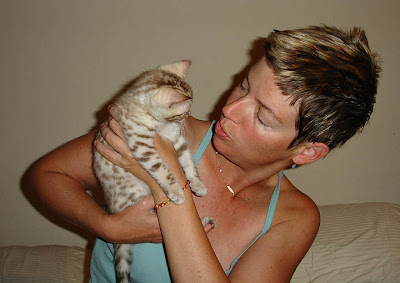 Oh no, Mom's puckering up too!
Get used to it Vlad, as part of the T,U,& V team, there
is going to be a whole lot of hugging ahead. 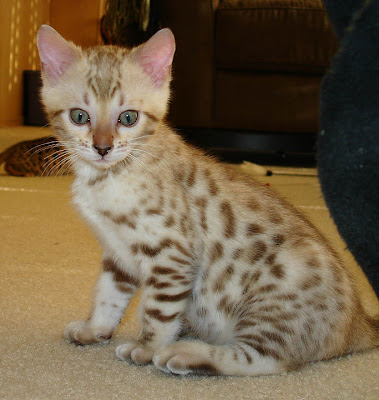 The best part is that we see a little Tanj, a little Usch, and
a little Skye in Vladimir, but he already is definitely one of a kind.

Congratulations on the new family member! What a charming little boy Vladi is!

What a cutie pie! And just handsome as can be too! Congrats on the new addition! Can't wait to hear how Tanj and Uschi greet him! I'm sure they'll love having a new little "ball of energy" brother to play with.

What a beautiful addition to your family. It really *was meant to be! Like Emma's Kat, I'm anxious to read how T and U take to their new little brother.

Oh my goodness, I am melting! Little Vladi is too cute for words. I can't wait to watch him grow up. Congratulations on your new addition!